BakeNation Horde Chapel Event October 2019 was organized by BakeNation, and featured sixteen competitors in a race to get $11,500 in game dollars first. The entirety of the competition took place on October 20, 2019, although sign-ups occurred prior. 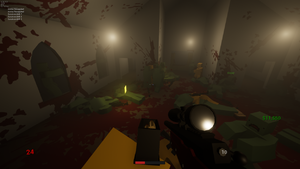 Danaby2 reaches $11,550 money – enough to win in the event.
Retrieved from "https://wiki.smartlydressedgames.com/w/index.php?title=BakeNation_Horde_Chapel_Event_October_2019&oldid=18165"
Category: