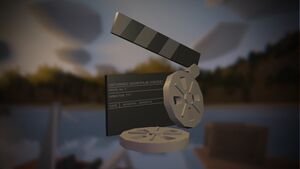 The Shortfilm Contest June 2019 was an SDG-sponsored competition for Unturned (version 3). It was hosted by Froggo. The competition was to create a short film.

There were four qualified submissions to the event. Lucky Shot won first place. Initium won second place, and the community vote. The Turned won third place. Northern-Detachment did not receive a placement.