Unturned is a free-to-play post-apocalyptic zombie survival game developed by Smartly Dressed Games, and originally started as a browser game before moving to Steam. The latest iteration of Unturned is developed in the Unity game engine. 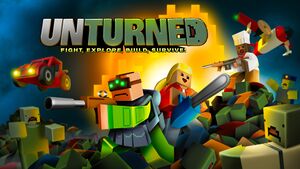 Unturned was released for PlayStation 4 and Xbox One on November 12, 2020, and is also available on Xbox Series X|S through backwards compatibility. The console version is developed by Cradle Games and published by 505 Games, and was released after several years of development. Its development team has been changed multiple times, and the game was originally released under the development of Fun Labs.

Unturned makes use of two separate anti-cheat software. The game has both BattlEye integration, and Valve Anti-Cheat (VAC) integration. BattlEye was founded by Bastian Suter in October 2004, and is a third-party anti-cheat software with a development team based in Tübingen, Germany. VAC is developed by Valve Software.